There is a vast range of coin cell batteries on the market, and many look the same or very similar. You will also hear them described as button batteries. In the case of CR2016, CR2025, and CR2032, you could easily mistake one for the other if you didn’t realize the differences.

This brief article will explain what the battery names mean and help you choose the right battery every time. We also discuss the differences and similarities between the three battery types.

The first similarity is in the naming scheme for the batteries, and a short explanation will show you why.

There are two key differences between the CR2016, CR2025, and the CR2032: the battery’s thickness and battery’s capacity.

Difference in thickness between the three battery types

This difference in thickness is one obstacle to using a CR2032 in place of a CR2016, but we also need to consider the battery capacity.

The reason for the different thicknesses is down to the battery capacity. As the case thickness increases, so does the capacity. The capacity is important for several reasons, including:

But what does this capacity rating really mean? Here’s a simple comparison to illustrate the difference.

In theory, yes, the three battery types are interchangeable. However, there are some difficulties.

The diameter and voltage of all three batteries are identical, suggesting there is no problem using one type in place of another. The problem is the different thicknesses of the batteries. The thinner battery will be too loose in the compartment, while the thicker battery may not fit, or you may damage something trying to force it in place.

So long as the battery fits securely without damaging any part of the battery case, this should work without problems.

Is the CR2016 battery interchangeable with a CR2032 battery?

With identical diameters and voltages, the CR2032 can, in theory, be used to replace a CR2016 battery.

However, the CR2032 is twice the thickness of the CR2016, which means it may be just too thick to fit the battery slot without bending or damaging something.

Since the CR2032 is exactly twice the thickness of the CR2016, many people think they can simply use two CR2016’s in place of a single CR2032. While this looks right in theory, there is a flaw. By stacking two CR2016’s on top of each other, you place the batteries in series, providing a voltage output of 6 volts.

Do not try this!

While the higher voltage may not damage anything, there is a possibility it can, so don’t do it.

Solution: Using a penny to stack with CR2016

If you need to replace a CR2032 battery and all you have to hand is a CR2016, there is a way of making it work without the potential to damage anything. Instead of using two CR2016’s to make the right thickness, you could use a penny coin instead.

A penny is the right diameter, and when it’s minted, it will be 1.52 mm thick, which is almost identical to the CR2016. The metal penny also provides good conductivity and will hold the battery securely. 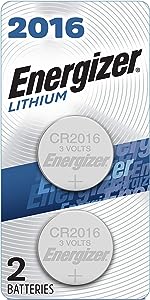 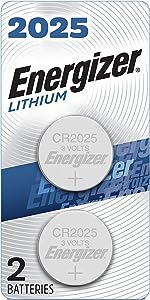 This battery may be stored for up to ten years, ensuring that you always have Lithium Coin Batteries on hand.
Check Price at Amazon 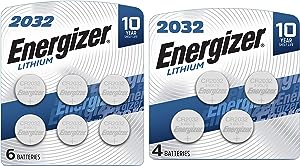 All of the batteries listed are very cheap to buy, so you should buy the same battery type that was originally fitted as a consumer.

A designer or engineer needs to consider the weight, size, and power requirements of the product and choose accordingly.

Tim has over 8 years of experience in car charging system repair. By day, he works as a passionate car mechanic at a garage in Colorado. By night, he's a battery blogger who creates useful content that cuts down on his reader's car repair costs.